How Does Football Fit Into The Amazon’s Business Model?

Amazon recently won a broadcast deal in which it bought the rights to stream UK football (soccer) Premier League matches from 2019 until 2022. The service will be available to Amazon Prime subscribers. What’s the rationale behind it?

In a previous blog post about the Amazon Business Model I reviewed how the Internet giant has been growing through vertical integration. Amazon first develops a strong capability for itself, and subsequently it offers this same capability to its clients as a service. Examples are Amazon Web Services (AWS) and the Amazon delivery service (Logistics). Is Amazon now entering the Sports area?

Amazon Prime is a bundle of two services for a single price:

The bundling of the two services is very interesting, because customers that join the service for one reason can benefit from the other service too.

Impressive Growth In The UK Market

Netflix has consistently been holding the major market share in the video/TV streaming business in the UK. Amazon has been putting up a fight, and in 2017 its Prime service grew steeper than Netflix. By the end of 2017, 4.3m UK households were Amazon Prime subscribers (3m in 2016), versus 8.2m UK households that were Netflix subscribers (6.6m in 2016).

In the UK, much more than in other Amazon markets such as the U.S., France, Germany and Japan, a very high percentage (37-38%) of the clients that subscribe for the Amazon Prime service do so because of the Prime Video service. And hence in the UK it would pay to invest in attracting more clients by making the Prime Video service even more attractive.

We understand therefore that Amazon has been growing impressively in the UK, and wants to continue doing so. The Prime service has been an engine for growth.

From a marketing perspective, the bundling of two services (loyalty program + video/TV streaming) entails that the service can also be marketed with two goals:

Bill Shankly (1913-1981), who was a Scottish football player and the manager of Liverpool, a UK football club with a glorious track record, expressed so well the importance of football in the UK. He said: “Some people believe football is a matter of life and death, I am very disappointed with that attitude. I can assure you it is much, much more important than that”. It therefore comes as no surprise that addressing football fans would be an effective means to attract new clients. This may be true in many countries, and even more in the UK.

The Amazon Premier League deal allows Amazon to broadcast no less than 10 football games on Boxing Day, the day after Christmas. Loyal football fans may already be feeling the sense of excitement. For Amazon this seems like a great recipe for attracting the masses to its streaming services. For a fee, of course. Amazon expects that the loyal and dedicated UK football fans would not be able to resist the offer: 10 football matches on a free day (bank holiday). The result will be a lot of new clients paying the Prime subscription fee. These clients are subsequently more likely to buy also physical products through the Amazon platform, because they will be exempt from paying shipment fees.

Although in my previous blog about Amazon I focused on Amazon growing into new businesses, in this case it looks like Amazon is not really getting into Sports. Instead, it’s using Sports as a means to speed up its growth in the UK market. Premier League matches would bring new customers to Amazon. And then Amazon will do its best to maximize the revenue from these customers through cross-selling.

Why Is Artificial Intelligence A Hot Topic? And So What? 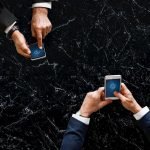 What Is The Internet Of Thinking? A Frictionless And Intelligent World