Brussels hosted today a unique industry conference on fighting fraud in the Customs transit regime in the EU. The conference was organized by the Robert Schuman Foundation in collaboration with ADIT (France).

Why was the conference unique?

And also because of the beautiful garden of the hosting hotel. Trees and birds gave us the feeling that we were in the countryside, rather than in a busy city.

The Problem of Customs Transit Fraud

What is Customs Transit?

For readers that are not familiar with Customs transit, I’ll explain shortly. Transit is a Customs regime where goods are shipped from location A to location B without paying import taxes and duties. Subsequently, in location B the goods are placed under the customs procedures for which they are destined. This is handy e.g.:

There are several types of transit, but that goes beyond the scope of the current blog. Here is a longer explanation: https://ec.europa.eu/taxation_customs/business/customs-procedures/what-is-customs-transit_en

How Big A Problem Is Fraud?

The risk of fraud is very imminent. Imagine that the goods traveling from Rotterdam to Germany never arrive at their destination. Instead, it ends up in the black market. This would result in loss of revenue (taxes and duties). And hence the transit regime has been an interesting playground for criminals.  I am not aware of official numbers indicating the size of transit fraud in the EU. Several estimates that I heard range from a single-digit to a double-digit number of billions (!) of Euros of lost revenue per year. Big Money.

On The Nature Of Fraud and Fraudsters:

On The Magnitude Of Fraud:

My key conclusions are:

And finally: spending a whole day with experts from the same ecosystem is not just insightful. It’s also fun! 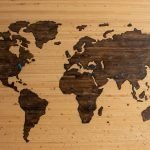 Trading As Equals or Trade War? 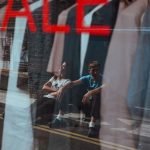 The Technology Regulation Cycle: Is It eCommerce Time?