Home » How Diversity & Innovation Shape the Future of the German Economy?

I participated in a very interesting event in Luxembourg, bringing together people from various backgrounds: technology & finance, traditional industries & startups, businesses & academics. One of the speakers, a professor in finance, spoke about causality. In finance. IT people love causality because it’s programmable using logical expressions: If A then B. But in this blog I wish to highlight a different kind of causality; not necessarily in finance. The topic of my causality discussion is diversity. My “If A then B” is “If Diversity then Open-Mindedness and Innovation”.

Why Tech Needs The Humanities

Is his TED Talk from December 2017, Eric Berridge – CEO of a technology company – argues that tech needs humanities. He tells how his company used to hire tech profiles only, until almost loosing a large client led them to onboard a totally different profile. Guess what? This turned out to be an enormous success for them. The problem with the difficult client was solved not by a techie (what the client had insisted on) but by a people-person who shifted the course of the discussion with the client.

Is This Old News?

Yes it is. I reveal nothing new when I repeat the claim that diversity results in innovation. Numerous studies have shown this causality. A few studies provide empiric evidence for the correlation between diversity and business success (where innovation is a means to achieve success. Examples are:

If diversity and its benefits are known and established, why do I write about it? Because while the theory is known, much work is still needed in embedding the theory into daily practices in many organizations. No wonder indeed, because this is a matter of cultural change, a matter of workforce adaptation; those changes do not happen overnight. The change cannot come only from the management, but from every single employee in the workforce. Because the best management intentions to achieve diversity in the organization will fail if the existing workforce is not onboard.

I am writing this blog because I believe that it’s important to create awareness to this topic, and by writing it I make a small contribution to creating awareness, and therefore to promoting diversity.

In a previous phase of my career, quite some years ago, I was working in academia. As such, I participated in international conferences where I presented my papers and interacted with peers from other countries. I remember that German universities have often been under-represented in these conferences (in the area of IT / information management). The main explanation (of other conference participants, back then) was that the German academic community had its own conferences, in German, and since their market was big enough there was no need for them to engage internationally. Very different from the average academic career elsewhere, where academics spends a few years in one place, and then move to another, often across borders.

Reflection on Innovation In Germany

During my stay in Luxembourg I engaged in conversations with a number of professionals from Germany, and the same topic was discussed. My discussion partners highlighted the lack of investment in innovation in Germany, and the lack of KPIs that would require (and thus incentivize) academics to publish their work internationally. While in other countries academics want to publish internationally and also need to do so because they are measured by the number and the quality of these publications, in Germany (according to my discussion partners) there is no such requirement, and (maybe therefore) there is no need or will or incentive for academics to publish internationally.

Germany: A Big Local Market, But A Small World?

The lack of incentives to work internationally results in a working environment where Germany is an island in academia. Of course, some universities may be different than others, but I’m painting here a generalized picture for the sake of discussion. In an environment where people are similar (Mostly German, as you need to be German-speaking), with little exposure to the external world (very limited participation in international conferences), there is no exposure to different ways of thinking, reasoning and working; there is no exposure to ideas from the outside. Yet all of these things typically promote open-mindedness and innovation.

Strong R&D is critical for sustainable economic growth in a country. R&D leads to innovation, and innovation leads to successful businesses, which create jobs, pay taxes, export products and strengthen a country’s economy. Lack of (or: lesser) innovation in German universities will therefore impact the economic growth of the country.

For decades the German economy enjoyed Germany’s reputation for high quality products. Consequently, German exports have been a primary pillar of the German economy. According to statistics of the World Bank, exports of goods and services account for 46.1% of the German GDP (2016), versus only 32.9% in Spain, 29.8% in Italy, 29.3% in France, 16.1% in Japan and 11.9% in the U.S. The OECD average is 28%.

But in recent years we see consumer behavior changing. In the past you’d buy a product of good quality that would serve you for many years. But consumer behavior nowadays is shifting towards more frequent purchase of products that need not be used for very long. Quality is no longer an issue, when you do not intend to use the product for very long. You buy, use, throw away and buy a new model. If this trend continues, one can expect that the label of “German Quality” will become less relevant for buyers. Consequently, buyers would be less willing to pay for German Quality, and will opt for other products. Goodbye, German exports.

Can the German Economy Reinvent Itself?

I strongly believe that every organization needs to keep reinventing itself, because the marketplace keeps changing. The same holds also for “Germany GmbH”, the German economy. If the label “German Quality” is not sustainable (because consumer behavior is changing), Germany needs to reinvent itself. Germany needs to find another differentiator that will keep its economy competitive to outside markets.

How Is German Economic Success Related to Diversity

During my discussions in Luxembourg we spoke about a number of locations where we think that diversity and innovation thrive. Amsterdam (highly regarded), London (was very popular, but now suffering the consequences of Brexit) and to some degree (with lesser consensus in our discussions) Berlin are perceived as good examples for cities where diversity and innovation thrive. Amsterdam, for example, is the home for many fintechs and other startups, who benefit from the access to international talent (roughly half of the population in Amsterdam is not Dutch), skilled talent (Amsterdam hosts two good universities), and to people who are… themselves (rather than fit in boxes). If you walk through the streets of Amsterdam and observe people, you’ll understand what I mean with “people who are themselves”. “Being themselves” in Amsterdam implies the ultimate diversity.

This diversity in Amsterdam (and similarly in a number of other cities) entails that communities live and work together where people come from different places, from different backgrounds, and in most cases, these are curious people, because curiosity makes people move to another place, try new environments, explore new ideas,… and consequently: innovate. Having such a diverse community also implies that nobody is “strange”, or “different”; and thus acceptance and respect flourish. This in turn contributes to better working environments and therefore better productivity and creativity of employees.

And it all starts from diversity: having and promoting a diverse society, and a diverse workforce. Each individual has a personal responsibility to contribute to promoting this diversity. 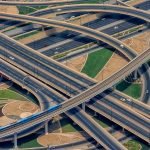