Home » How to Fight Workforce Discrimination? From “Broken Windows” To Changing a System of Beliefs

What’s In A Name?

Recently I overheard a conversation about workforce discrimination between two women at a restaurant in Amsterdam:

Woman #1 (Asian): I got a new job! I’m… (job title) at … (company name: a widely-known IT company).
Woman #2: That’s great! How did you find this job?
Woman #1: LinkedIn.
Woman #2: LinkedIn is indeed a great platform to find jobs.
Woman #1: For a long time, I did not get any offers. Then I changed my surname to my husband’s Dutch name, and immediately I started getting many offers.

Is Workforce Discrimination A Lesser Problem In The Netherlands?

The above case demonstrates name-based discrimination (national origin). I consider it interesting especially because the person at hand is located in The Netherlands, and more specifically in Amsterdam.

In her article “Calling Out Gender Discrimination At Work”, Karen Higginbottom wrote about a CMI study on gender inequality. The study introduced the term “broken windows”, referring to the “gap between rhetoric and reality, with female managers continuing to experience everyday sexism and bias in their workplace… This can include being talked over in meetings, being described as pushy or shrill when they are being decisive or firm, or being objectified”.

I suggest to broaden the use of this “broken windows” concept. Namely, it applies to any form of discrimination, not only to gender inequality. Think for example about a company event where some colleagues (male, Caucasians) made a joke about the woman or the foreigner who used to work in the team. Even if no women or foreigners heard this “joke”, it breaks a window in the company culture. If nobody challenges the “joke” maker (and his/her “joke”) they will repeat such statements in the future, thereby insulting and discriminating others.

How To Fight Discrimination At Work

Many organizations, especially larger international organizations, have a formal policy for equality, diversity and inclusion, stating their commitment to promoting equality of opportunity, providing an inclusive workplace and eliminating any unfair or unlawful discrimination. Take for example the policy of VISA Europe, Accenture and Shell. Such policies are very important, yet they will be successful only when the policy becomes part of the organization culture. And this requires that each and every individual takes a stance on this matter. What can each individual do?

Acknowledge and address the problem when it arises

When faced with discrimination at the workforce, many would choose not to make a point out of it, fearing that raising a problem will have negative impact on their career. However, if the event made you feel uncomfortable, it should be addressed. You can check with colleagues whether there is a pattern in the person’s behavior (i.e. it’s not the first case) before taking further action.

Don’t be a silent bystander

Karen Higginbottom lists actions that the CMI study on gender inequality offers to senior leaders. I think it’s an excellent list, and therefore I will quote (most of) it here, with the comment that I consider that it fits for any type of discrimination, not just for gender inequality (which was the topic of the CMI study):

Let’s reflect about this last bullet. Reflect (as a manager) about all the management meetings that you’ve had in the last few years. Normally you talk about KPIs, financial targets and operational matters. In how many management meetings has the topic of discrimination been addressed explicitly? How many workforce initiatives to fight discrimination have you and your managers discussed, prepared, presented or worked out with you and with your teams? I would dare to say that many people will answer this question with “zero”.

Changing a System of Beliefs

There is one recommendation in the CMI study that I do not fully agree with.

The CMI advises senior leaders to work with men as change agents for gender equality. I understand this recommendation, as men discriminate women, Caucasians in Europe discriminate people of other ethnicities etc. However, discrimination often goes deeper than these “likely power holders”. Discrimination is rooted in a system of beliefs that have become widely spread in society. Thus fighting discrimination requires changing the system of beliefs, of which also the subjects of discrimination are part. As an example, consider the following case which I have witness personally. It was a seemingly funny conversation between a senior female manager and a senior male manager at the office, in front of other employees:

Now take a moment to consider how employees feel who overhear this conversation of their senior leaders, and actually think that orange scarves are beautiful, for men too. Think about the message of oppression that the female manager conveyed to employees who overheard her.

In this case the female manager is not a “change agent” in the CMI approach. Yet it was her who manifested gender discriminating behavior that is rooted deeply in how people think, act and behave.

Consider this article as a call for action. If every individual makes a small effort, the impact will be big.

Unlikely Intersections: How HR Practices Can Be Changed To Stimulate Diversity 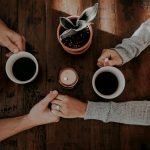 Grief In The Workplace

How Will the World Be Different After COVID-19? Challenging the Socially-Constructed “Normal”