How Much Did Global Trade Decline in 2020?

Already upon the beginning of the coronavirus pandemic, on February 18th 2020, I wrote about major disruptions to supply chains that rely on Chinese suppliers (at that time, the Coronavirus hasn’t yet hit Europe and America badly). More than 1,5 years have passed since then, and the pandemic is still taking its toll every day.

Global trade is one of the areas impacted by the coronavirus. Data from the World Trade Organization shows that in 2020, for the first time in quite some years, the total value of merchandise imports worldwide has declined, namely -5,6% in 2020. Some areas were hit even worse, for example the decline in Europe was -7,6%, in Africa -8,8%, in Canada -9,4%, and in the Caribbean Community (CARICOM) even -22,1%. Similarly, the total value of merchandise exports worldwide has declined -5% in 2020.

The decline in global trade had numerous reasons, for example:

Did Global Trade Decline or Rise in 2021?

Recent information from UNCTAD (the United Nations Conference on Trade and Development) shows a strong recovery in trade in the first half of 2021, even versus pre-pandemic levels. Are Global Value Chains getting back to “business as usual”?

To a certain extent, probably they are. Pay attention however to the more detailed analysis of UNCTAD. The poorest countries are still lagging behind. While on a global level, the value of merchandise trade in the first half of 2021 was 15% more than in 2019, in the 20% poorest countries worldwide the current value of trade is still lower than or equal to 2019. Similarly, the 10% smallest economies still experience a major decline of 26% in trade compared to pre-pandemic levels, while the rest of the world is already experiencing growth.

What Are Global Value Chains (GVCs)?

The World Bank defined Global Value Chains (GVCs) as the international fragmentation of production: “Today, a single finished product often results from manufacturing and assembly in multiple countries, with each step in the process adding value to the end product”. There’s a nice example on the OECD website: “For example, a smart phone assembled in China might include graphic design elements from the United States, computer code from France, silicone chips from Singapore, and precious metals from Bolivia. Throughout this process, all countries involved retain some value and benefit from the export of the final product”.

This example shows that Global Value Chains go further than global trade in merchandise, because some of the steps in the production process do not require shipping goods. Yet disruptive events in global trade are one of the factors impacting GVCs.

A recent report by the Dutch newspaper Het Financieele Dagblad revealed that multiple well-established Dutch companies have already made the decision to stop producing their products in remote countries such as China and Bangladesh (and importing them from there). Some of these brands are Accell (bicycle producer), Intratuin (selling anything you may need for the garden) and Zeeman (textile).

Why did these companies decide to stop relying on imports from remote countries? Because of the high (and increasing) cost of international transport and of raw materials. Low costs have traditionally been a major reason for offshoring to remote low-cost locations: relying on production in China, Vietnam, Bangladesh and other low-cost countries.

A recent study by consulting firm McKinsey & Company shows that “it now costs up to six times more to ship a container from China to Europe than it did at the start of 2019”. These increasing transport costs significantly increase the overall cost of relying on production in remote countries. European importers cannot ignore this sharp increase in cost, and it’s causing them to consider reshoring very seriously.

But the rising costs aren’t the only factor influencing GVCs. In an earlier blog I wrote: ”Predictability is key to successful supply chain management, especially in ‘just in time’ supply chains”. Increasing costs and increased unpredictability of the supply chain are two major concerns of companies that rely on GVCs. A recent report by the English newspaper The Guardian discusses what it calls “the worst supply chain crisis since the 1970s”, and shows how the climate emergency, Covid-19, Brexit and soaring markets have put immense pressure on businesses across industries in the UK; more pressure than they could handle. In the past, remote low-cost countries were seen as an opportunity. Now, relying on imports from remote countries can also be seen as supply chain risk.

How will Global Value Chains Change in 2022?

Change is already happening, but its magnitude is yet to be seen. Empirical data shows that some companies have already started changing their GVCs, relying more on suppliers that are “closer to home” than on suppliers in remote countries. For example, Western European companies may choose to rely on production in Eastern Europe or the Balkan countries, Turkey, or Northern Africa (i.e. where salaries are still significantly lower than in Western Europe), instead of China, Vietnam, Thailand, Cambodia or Bangladesh. Some of these remote countries (e.g. Cambodia, Bangladesh) rate low in the global ranking of rich versus poor countries (measured by GDP per capita).

If such changes in GVCs do take place at an increased rate, it may even worsen the current global wealth inequality, which is reflected in UNCTAD’s finding that in the 20% poorest countries worldwide the current value of trade is still lower than or equal to 2019, while on a global level, the value of merchandise trade in the first half of 2021 was 15% more than in 2019.

The business environment changes constantly. This is neither good nor bad. It’s a given. A problem in one place creates an opportunity in another place. That’s how things have always been. Also GVCs have changed along the years, and will continue to evolve, as global risks and opportunities change.

This blog article does not claim that a big change is underway; I have not done thorough research to make such a statement. Instead, I bring to the reader’s attention an observation about several signs of change being underway or upcoming. It is yet to be seen how significant this change will be.

One can consider these changes on the level of a single company or a single GVC: it makes sense that when supply chain costs or risks increase, a mitigation strategy would include changing the supply chain. When, however, considering these events on a macro level, one understands that if and when more and more GVCs change their sourcing strategy and move from an “offshoring” strategy or a “reshoring” strategy, certain economies will receive a boost, while other economies will suffer a hit. Direct consequences include changes in (un)employment levels, collected taxes, routes of cargo vessels and more. Indirect consequences go much further. Unfortunately, some of the countries that may suffer negative consequences of these changes are poor countries; they may experience major challenges in adapting to a new reality. 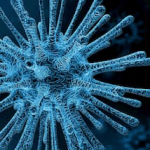