Through my Twitter and on LinkedIn feeds I see a lot of postings about technology. Many (primarily technology experts) write about the massive potential of technologies, for example Artificial Intelligence (AI), Blockchain, Cloud, Internet of Things (IoT), mobile and other technologies. In the current blog I will refer specifically to AI, not to other technologies. Other people write about AI in a way that implies that they fear AI; that AI is a risk, maybe more than an opportunity. Articles with titles like “Robots will take our jobs. We’d better plan now, before it’s too late” can create fear, especially when non-tech-experts read the title on Twitter, absorb the connotation “robots = danger for my job”, without reading the full article and doing additional research on the topic. In people’s minds a conflict is created “AI vs. humans”, or “Artificial Intelligence vs. Human Intelligence”. In this context, I find the article “How Human-Computer ‘Superminds’ Are Redefining the Future of Work” of Professor Thomas Malone in the MIT Sloan Management Review important and educating.

Fear from AI stems from the idea that computers will take over, and make humans unnecessary. If robots can do our jobs better (or just as well) at lower costs, we will lose our jobs. This is an understandable fear. A human reaction. Similarly, if computers outsmart humans, might they become our masters, turning us into their slaves? This doom scenario gained its own place on Wikipedia, describing also a number of movies that have presented such a scenario.

Thus if we can explain (and convince people) why computers will not outsmart humans, will the negative sentiment disappear?

Prof. Malone provides a conceptual framework to understand the differences. He distinguishes between specialized intelligence and general intelligence.

Specialized Intelligence is “the ability to achieve specific goals effectively in a given environment”. For example, Apple’s Siri, Amazon’s Alexa and the Google Assistant can seamlessly perform a number of pre-defined tasks for you based on interpreting words through voice recognition, but cannot perform any other task. For example, they have no ability to do facial recognition. Neither would they be able to wash your clothes or to pick up your child from day care.

General Intelligence is “the ability to achieve a wide range of different goals effectively in different environments. This means that an intelligent actor needs not only to be good at a specific kind of task but also to be good at learning how to do a wide range of tasks”. Humans are good at doing many things well, and adapting to the environments intelligently. A person can excel in cooking, as well as nanotechnology, and at the same time be a dedicated nurse for an ill relative. A child learns to walk without previous experience in doing so. If a person who lived her whole life in a cold country flies to a warm country, they will adapt to the new weather. When smartphones were introduced, we all learned how to work with them. Humans adapt and learn new skills as life requires them to.

Having said that “Some artificially intelligent computers are far smarter than people in terms of certain kinds of specialized intelligence”, Prof. Malone makes a very important statement: “one of the most important things most people don’t realize about AI today is that it is all very specialized”. AI has not conquered the challenge of mastering the art of general intelligence, which is the strength of humans.

Prof. Malone’s article goes further into explaining the cognitive skills required by any intelligent being (human or machine), and talks about combining the strengths of humans and machines. To avoid duplication I will not go into these details here, but refer the reader to the Prof. Malone’s article.

Automating well-defined processes is not new. It’s been done in the industrial revolution, and has been ongoing ever since. Understanding that AI is primarily about specialized tasks in well-defined environments helps understand that current progress in AI is similar to what has been experienced during the industrial revolution. The unique trait of human intelligence – what is referred to as general intelligence – has remained unchanged throughout the years, and will continue to distinguish humans from machines. Will it ever change? Will AI ever achieve general intelligence in computers? I think that nobody can answer this question with certainty. But in today’s fast pace of change, is there certainty about anything? Once again: we humans excel in adapting to new environments. Thus our strength is dealing with the lack of certainty, even if sometimes humans fear it, to a certain extent.

AI has immense potential. Let’s benefit from it, and use our human general intelligence to think about new ways in which we can use AI (specialized intelligence) to solve problems in our lives (well-defined problems, with a fixed environment), and to make our lives better. Embrace the opportunity. 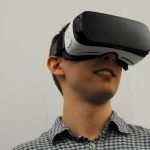 How Data, Digital and Emerging Technologies Shape The Future Of Customs 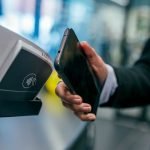 Fintech: Agility Is Key For The Future Of Banks / Financial Services