Home » Why You Can Find New Export Opportunities At Times Of Brexit, Trade War And Political Uncertainty?

Brexit and other cases of political turmoil are often analyzed from the perspective of risks and difficulties. But they also open up new opportunities; for example Brexit export opportunities.

Today’s Consumers expect variety (many options to choose from), personalization (consumers are specific about what they want) and speed of delivery. Moreover, if they are disappointed for some reason, they use social media to share their frustrations with their network, thereby influencing brand loyalty of other consumers. Consequently, the ability of companies to manage their global supply chains has become more critical than ever. The keyword is Predictability, referring to any aspect of operations: production capacity, production cost, shipment time and cost, the time required for Customs clearance, or any other factor influencing the ability to deliver the right product at the right time for the right margin to the client.  Predictability is key to successful supply chain management, especially in “just in time” supply chains. Political uncertainty is an enemy of predictability.

Import Duties As A Political Tool: The U.S.-Mexico Example

Global markets were shaken when the U.S. announced that it would impose import duties on imports from Mexico. The announcement, made on May 31st 2019, was a threat towards Mexico: if Mexico doesn’t actively help the U.S. deal with its immigration challenges, import duties would be imposed, starting with 5% and increasing up to 25%. Analysts warned that such a move could be devastating to the Mexican economy, which relies heavily on export to the U.S; a staggering portion of 73% of Mexico’s exports are destined to the United States ($307B of a total of $418B in 2017), making the Mexican economy reliant on export to the United States.

Eventually Mexico and the U.S. signed an agreement that prevented these duties. But what would actually happen, if such duties would have been imposed?

When companies produce products and serve clients, they create jobs, they generate income and they pay local taxes. In other words, they create economic activity and wealth in their country. When they can only serve the local market, their ability to create wealth is limited to the size of their market. By exporting to other countries they extend their market. They create more jobs locally, and they pay more taxes locally. Thus export is a boost to the local economy.

Certain Economies Depend On Export

Mexico’s Dependence On Export To The U.S.

37,9% of Mexico’s GDP relies on the export of goods and services. The U.S. is by far Mexico’s most important trade partner. Thus trade with the U.S. has a major impact on the Mexican economy. In this discussion, we consider primarily the export of goods, yet services often accompany goods (consider e.g. buying a machine along with maintenance services). One can split exports from Mexico to the U.S. to two major categories: (1) export of products that are produced by Mexican companies in Mexico, and (2) export of products that are produced by American companies in Mexico.

The impact of U.S. Import Duties On The Mexican Economy

If import duties are imposed, Mexican products would become more expensive for American buyers. Consequently, the prices of these products would have to rise, and they would become less competitive in the U.S. market. Buyers in the U.S. would be more likely to search for new suppliers in other countries, to avoid the increase in price. Once they find new suppliers, they would abandon their Mexican suppliers. The consequence is fewer sales (and exports) in Mexico, thus fewer jobs, less income and fewer taxes that the Mexican Government would collect (along with higher costs due to increased unemployment). Similarly, for the same reason, it becomes less attractive for American companies to produce in Mexico, as they would have to pay import duties when shipping their own products from Mexico to the U.S; these companies would be more likely to close their manufacturing facilities in Mexico and shift them elsewhere.

The 22nd Annual Global CEO survey of consulting firm PwC ranked policy uncertainty and trade conflicts as the 2nd and 4th top threats as perceived by CEOs worldwide (#1 and #3 are over-regulation and availability of key skills, respectively). In response to the concern about trade wars, the “extremely concerned” CEOs said that they are “adjusting their supply chains and sourcing strategies”. In other words, they are evaluating new possibilities for their suppliers and for shipping their products. This is exactly what Mexican companies and Mexican economists were afraid of.

Brexit Has The Same Impact

As long as the UK has been part of the EU (at the time of writing this article, the UK is still part of the EU, but it is expected to leave the EU within several months), trade between the UK and the other EU Member States has been free of any import duties. It was advantageous for UK companies to buy products from the other EU Member States due to a combination of several reasons. First, many of the EU Member States have a lower cost of living compared to the UK, such that their products are considered cheap in the UK. Second, there were no import duties for intra-EU trade. And third, the cost of shipping is manageable, given the short distances within the same continent. As the UK leaves the EU, however, import duties would be imposed, thus making UK imports from the EU more expensive. Such import duties can be avoided if the UK signs a favourable free trade agreement with the EU, but given the political impasse since the UK announced it would leave the UK, such an agreement is not within sight at the moment (hence there is policy uncertainty). And therefore also UK companies are adjusting their supply chains.

A global economy doesn’t leave vacuums. When one market suffers a hit, another market takes over. If the U.S. imposes import duties on Mexican products, this can be an opportunity for companies in other countries (e.g. Brazil, Argentina) to pro-actively contact American companies and offer to take over the place of Mexican suppliers. Even the fear of import duties could be enough for U.S. companies to decide to seek for new suppliers because the threat of import duties creates uncertainty, and uncertainty is the enemy of predictability, which is so important in today’s global supply chains. Similarly, uncertainty around Brexit is an opportunity for companies outside the EU to contact UK companies and offer their products, replacing current EU suppliers of UK companies. And the same holds for any other country where uncertainty exists that threatens the predictability of supply chains. Uncertainty in one place creates opportunities in another place.

How To Find Clients In Foreign Markets?

If you are for example a Latin American company, and you wish to find Brexit-related opportunities, how can you find new clients in the UK? Especially if this is a new market for you, how can you know which UK companies can be suitable clients for you? Prospecting and lead generation is not an easy task, especially in markets that you are not familiar with. Similarly, if you are a Dutch or Belgian company seeking for new clients abroad to compensate for (potential) loss of sales in the UK, how can you find clients in new, unknown markets? You need help from someone who has insights into these global markets.

Luckily, help is around the corner. Send me a message via the contact form to find new export opportunities. 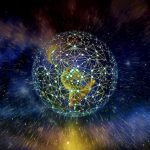 Brexit And Digitization: Are Ecosystem Platforms A Way Out? 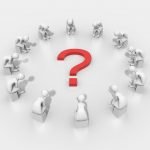 To Be Or Not To Become: The KPI Dilemma