The cost of illicit trade to the global economy is massive, although it’s hard to quantify it precisely. A report of the World Economic Forum from 2015 estimated the cost of counterfeiting and piracy alone at $1.77 trillion in 2015, which is nearly 10% of the global trade in merchandise. A huge amount of money, no doubt.

If you just imagine the amount of direct damage to societies: the taxes and duties that would have been levied on $1.77 trillion could be used to develop physical and societal infrastructures. Thus every single taxpayer suffers from this illicit trade.

Today I wish to highlight an initiative of The Economist Intelligence Unit (http://www.eiu.com/home.aspx) and TRACIT, the Transnational Alliance To Combat Illicit Trade (www.tracit.org). Their recent Global Illicit Trade Environment Index Report (June 2018) aims to “measure of the extent to which economies enable (or inhibit) illicit trade through their policies and initiatives to combat illicit trade”. The report covers 84 countries from various geographies.

The ranking is a breakdown to four categories/aspects of preventing illicit trade:

The Report Raises Serious Doubts About The Fight Against Illicit Trade

The authors of the report make a discouraging statement about the pro-active approach of nations in dealing with illicit trade. “Where economies aren’t under-resourced in customs or law enforcement, they may otherwise be indifferent or actively neglect illicit practices in order to continue reaping the economic benefits of being a global financial centre (like the UK) or a regional logistics hub (like Singapore, Dubai and Panama) or one of the world’s factories (like China and Vietnam) or a main source of narcotics (like Colombia). Or they may just be corrupt; corruption is far more pervasive than people appreciate and it is by no means limited to the developing world, as investigations in the US and elsewhere have recently shown”.

Take for example Luxembourg. The country rates overall 13th, yet it ranks very strongly (8th) on the category “supply and demand” (i.e. there is no strong market for illicit goods in Luxembourg) but only 19th on “Government policy”.

A similar case, though much worse, is Russia. The country rates 62nd among the 84 economies, thus offering a fertile environment for illicit trade. Similarly to Luxembourg, Russia scores substantially better on “supply and demand” (42nd) than on “Government policy” (76th).

Another interesting country is Singapore, serving as a logistics hub between East and West. Singapore ranks 24th overall, yet with very interesting scores on the various categories. The country scores 2nd in “supply and demand”, i.e. the market for illicit goods is very small. Yet the country scores only 56th on “Customs environment” and 57th on “transparency and trade”. Especially the low score on “Customs environment” is interesting, given that Singapore typically scores high on Customs in the Logistics Performance Index (LPI) of the World Bank. Singapore’s low score is the result of the country’s score 0 (zero) on two indicators:

Given its dominant role in global trade, high performance of China in fighting illicit trade is of global importance. Yet China’s overall ranking (44th of 84) shows that fighting illicit trade is not a top priority in China. Had it not been for its good position on “transparency and trade” (China scores #1 on FTZ Governance), China’s ranking would have been even lower. The country ranks 58th (!) on Government policy.

Estonia is another interesting example. The country enjoys the reputation of an innovative country, and leading in digital services. It’s not surprising therefore that the country ranks well (8th) on the “Customs environment” category. Yet its overall ranking is only 25th, as Estonia ranks 29th, 27th and 30th on the other categories. To conclude, there is room for improvement on other aspects of fighting illicit trade (other than Customs).

Reports such as these are important for raising the public’s awareness for the challenges around illicit trade. The report shows clearly which countries make a bigger effort than others to fight illicit trade. It also shows in which area extra effort is required. In some countries Customs operations need to be strengthened; in other countries Government policies are lacking. On a global scale, the average overall score of 59.6 is not encouraging.

Interested in further developing these ideas? Get in touch. 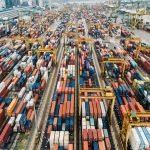 Why Data Is The Lifeline of Global Trade? 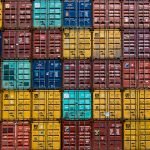