Home » How to Identify Risks in International Trade? From Data to Science to Insights

Today’s blog article describes an extensive undertaking in analyzing international trade data. The work has been done by Ahmad Fahmi at Altares Dun & Bradstreet in The Netherlands, supervised by myself and Mike van Kessel. Ahmad combined his work at the company with finalizing his MSc education in Operations Management and Logistics at the Eindhoven University of Technology.

Why Identify Risks In International Trade?

While the majority of world trade is legitimate, some import/export shipments disguise illegal activities. A report of the World Economic Forum from 2015 estimated the cost of counterfeiting and piracy alone at $1.77 trillion in 2015, which is nearly 10% of the global trade in merchandise. Customs and Law Enforcement agencies have the task to find the needle in the haystack, i.e. detect these and other illegal shipments, while minimizing the impact on legitimate trade. The road to achieving this goal starts with identification of risks in international trade. Identification of risks is important also for all commercial participants in the global supply chain. Companies want to reduce the risk of reputational damage which can be the consequence of them being involved (even unknowingly) in illegal operations of third parties. How can companies reduce the risk of exposure to such risks, and how can Customs increase their ability to detect high-risk shipments?

The Approach: Finding Patterns in Correlations Between Cargo and Company Information

The approach taken by us was to analyze correlations between product / cargo information and the companies involved in the shipments. For example: a shipment of bananas, where the shipper is an electronics company, does not make sense.

Earlier Work In This Domain

Bananas and electronics, that’s an easy example, one can say. It’s easy to define such a (negative) correlation. Also, one may think that this approach is not new, because it’s common practice in existing risk management systems. Finally, you may say that others did similar work in the past, and that’s true too. But with certain limitations which we aimed to address.

The complexity in defining what makes sense and what does not make sense stems from some complicating factors:

How Our Work Addresses These Challenges

Results: A Means For Risk Identification In International Trade

By taking the above approach, and applying it to very large datasets of trade from around the world (i.e. not biased to a specific trade lane), we were able to guarantee the objectivity of our analysis. We created a set of correlation rules for analyzing trade data worldwide such that we can identify risks based on a combination of:

Implications For Stakeholders In The Trade Ecosystem

If you want to learn more about how these insights can be used by your organization, contact me. 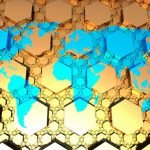 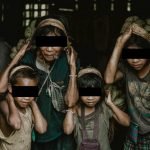 How To Use Data To Fight Modern Slavery In Your Supply Chains?