Home » What Is The Importance of U.S. Companies for Logistics in Belgium?

The Logistics sector in Belgium benefits greatly from U.S. companies! This conclusion is presented in a report of the American Chamber of Commerce in Belgium. This blog provides some additional explanatory views.

Some say that since early 2017 trade relationships between the EU and the US have been characterized by protectionism. Others would call it a mindset that is not promoting free trade agreements. Can economic ties be broken so easily? What about interdependencies among economies?

Logistics Is Critical To The Belgian Economy

Why Logistics? Because the Port of Antwerp in Belgium is the second largest port in Europe, handling almost 10 million TEU in 2016, having grown almost 19% between 2011 and 2016. Quite an impressive growth, considering its key competitors. In the same period the port of Rotterdam (#1 in Europe) grew only 3%, the port of Hamburg (#3 in Europe) and Bremerhaven (#4 in Europe) experienced a decline of 1.2% and 6.8% respectively (source).

AmCham Report on The Importance of U.S. Companies for Belgium

The report concludes unconditionally that U.S. companies are essential to the Belgian economy. Moreover, it adds that “In 2015, total U.S. investment in Belgium amounted to $45 billion. The US remains the largest source of foreign direct investment in Belgium – indeed, in 2014, 44 of 198 (22%) new FDI projects in Belgium came from the US”. Some more figures (quoted from the report):

Quantifying The Importance of U.S. Companies for Belgium

Back to the focus on Logistics. Thanks to the location and the efficiency of the port of Antwerp, Belgium has become a gateway to Europe for many U.S. companies. The importance of the Logistics sector for the Belgian economy is immense. The report quotes the Belgian National Bank saying that the logistics sector generates €18.8 billion of added value or 7.6% of GDP and 217,000 jobs or 8% of total employment in Belgium.

Why Are U.S. Companies Attracted To Belgium?

U.S. companies like Belgium because of… Location, Location, Location. International companies are not typically located in Belgium for the local market (relatively small). Instead, they are attracted to Belgium’s gateway service; the entry and exit point to Europe through ports and airports. The same story as for Rotterdam (The Netherlands). This also reminds me of Singapore, which has benefited greatly from its geographical location, to become one of the world’s major trade hubs.

Inherent to the global nature of most large (and even medium) size businesses worldwide, the interdependency among economies is substantial. The contribution of foreign countries to the economy of another country is often not visible by many people, as a recent blog of Lucian Cernat on the website of the European Centre for International Political Economy (ECIPE) states: “The positive benefits of global trade are abstract, part of the “invisible hand” logic”. Although maybe invisible to some, the contribution is present, and it’s big. Global Trade is both an enabler and a consequence. 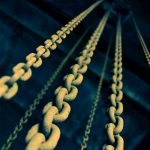