Home » How To Use Data To Fight Modern Slavery In Your Supply Chains?

Using Data To Fight Modern Slavery In Your Supply Chains

Modern Slavery Is A Real Problem in Europe

Some 34-40 million men, women, and children worldwide are living in modern slavery (source 1: 34 million; source 2: 40 million). Some may think that this is a problem of primarily developing economies. But a recent report of the Council of Europe showed that labour trafficking and exploitation is on the rise in Europe. In Belgium, Cyprus, Georgia, Portugal, Serbia the United Kingdom and some other countries, labour exploitation has overtaken sex trafficking as the primary form of human trafficking (earlier reports from 2010 showed that in the past, sex exploitation was by far the primary type of human trafficking). A report of the Centre for Social Justice (2015)concluded that Organized Crime Groups (OCGs) are behind a huge amount of modern slavery in Europe. OCGs profit from the exploitation of vulnerable people. Consequently, this is a concern for every citizen. When talking about modern slavery in Europe, we consider both modern slavery within the geographical boundaries of Europe, as well as modern slavery outside of Europe for the benefit of European organizations (i.e. cross-border modern slavery).

Government Response: The UK Is Leading In Europe

Through their role of Law Enforcement, Governments play an important role in fighting modern slavery. The UK Modern Slavery Act (2015) aims to fight modern slavery in the UK. Among others, it set the grounds for establishing an independent Anti-Slavery Commissioner to encourage good practice on the prevention of modern slavery offences and the identification of victims. Kevin Hyland is the UK’s first Independent Anti-Slavery Commissioner. A supply chain clause has been added to the Act requiring that businesses which operate in the UK and have a global turnover of at least £ 36 million publish yearly a “slavery and human trafficking statement”. This statement describes the steps taken to avoid slavery and human trafficking in one’s supply chain. Or else it should include a public statement that the company hasn’t taken any such steps.

The EU has appointed Myria Vassiliadou as the EU Anti-Trafficking Coordinator, yet legislation such as in the UK has not yet been introduced.

Business Response: Taking Responsibility For Your Own Supply Chain

Awareness To Modern Slavery In Your Supply Chain

We use the term “business” to denote any type of organization that has suppliers, thus also not-for-profit organizations, government agencies etc.

Businesses Have A Moral Obligation To Fight Modern Slavery

Every business has the moral obligation (maybe in the future also the legal obligation) to fight modern slavery among their suppliers, and broadly speaking: in their supply chains. But how? By implementing a Supplier Due Diligence Process. Such a process is similar to AML / KYC (Anti Money Laundering / Know Your Customer) processes in the financial sector. This process entails that a business vets their suppliers, aiming to work only with suppliers who passed the vetting procedure successfully, and have vetted their suppliers similarly.

How To Start With Supplier Due Diligence

Businesses that fight modern slavery in their supply chains screen suppliers against involvement in modern slavery, and assign a “green light” or a “red light” to each of them. One can introduce a more detailed categorization with green, amber and red lights. As a minimum, the Supplier Due Diligence Process entails the following checks:

Because nowadays companies operate globally with complex corporate family trees, it is best practice that these Due Diligence checks cover a company’s supplier as well as the supplier’s corporate family tree. By doing so, one avoids cases where an intended supplier is a subsidiary of another company that has engaged in modern slavery, or is a sister organization of such a company. The same practice is common for AML KYC checks in the financial sector.

In case of a red flag in any of these checks, a procurement officer investigates the suspicion before making a decision on onboarding this new supplier (similarly: in the financial sector a client onboarding officer performs an investigation before onboarding a new client).

A More Advanced Approach To Supplier Due Diligence

Going a step further, we add a third check to the two a.m. checks:

Implementing supplier Due Diligence processes in an organization requires access to information with which one can perform these checks. Answering questions such as “Has the supplier been found already to be engaged in modern slavery (anywhere in the world)?” or “What is the probability that a supplier is engaged with modern slavery?” is not the core business of most businesses. Thus, how can society expect them to answer such questions? In fact, most (at least large or medium-size) businesses probably already do supplier Due Diligence checks. Yet they focus only or primarily on financial risks. They use external data providers to assess financial risks associated with suppliers. Similar external data providers can also help them answer questions related to a supplier’s (potential) involvement in modern slavery. And while there may never be 100% certainty that one can detect all the modern slavery cases in global supply chains, society can expect businesses to make an effort to detect and prevent modern slavery. Data is the means to this end.

Now is the time to act.

This article has been published previously by the E!Sharp magazine: https://esharp.eu/opinion/data-the-secret-weapon-against-modern-slavery-in-global-supply-chains 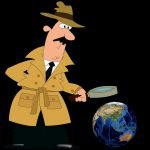 How to Identify Risks in International Trade? From Data to Science to Insights 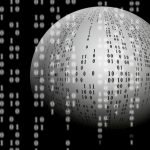 How To Create A Data-Driven Organization? Lessons Learned