Home » What is the best startup ecosystem in 2021?

What is the global startup ecosystem ranking in 2021? The answer depends on your perspective. In absolute terms, San Francisco ranks first. But if you’re interested in FoodTech, New York ranks number one. If, on the other hand, you’re looking at island cities with less than 100,000 inhabitants, Saint Helier in the island Jersey ranks first. You get the drill: it all depends on your perspective, and comparing San Francisco, New York or even Tel Aviv to much smaller and less developed (in terms of their technology sector) cities is like comparing apples and oranges (or pears, if you prefer).

I’m humbled to have been invited by StartupBlink to be the guest editor of the 2021 edition of the world’s most comprehensive global startup ecosystem ranking report for 2021. The report was published mid June 2021 and can be downloaded at no cost. Whether you’re a Government policy-maker, a startup ecosystem developer, an entrepreneur wondering where to launch (or relocate) your company, an investor aiming to understand the impact that corona-year 2020 had on the Startup scenes in different countries, or just a curious person wondering how well a certain city or country performs; you’ll find all the insights there. The StartupBlink team of Eli David performed many analyses for you, and the results are here for you to consume. Among the insights: regional power shifts in 2021, the best performing island cities, and countries with a high number of innovative startup ecosystems per capita.

The report ranks startup ecosystems in 100 countries and 1000 cities worldwide, using a representative sample dataset, which is the largest available dataset on startups worldwide. Ecosystems are ranked based on three criteria: (1) quality of their results; (2) quantity of startups, coworking spaces, accelerators and related entities; and (3) the startup business environment, for example availability of infrastructure, policies, and legislation.

It comes as no surprise that the United States ranks highest, with a massive gap from the rest of the world. 267 USA cities ranked in the top 1000 cities in 2021. The more interesting developments appear further on in the list.

The overrepresentation of North America and Europe in the list of top 1000 startup ecosystem cities worldwide isn’t surprising. North America consists of two countries only: the Unites States and Canada (Mexico falls under Latin America & Caribbean). Europe, on the other hand, consists of dozens of countries. Although the US still clearly dominates the global startup scene, the report concludes that “the North American region as a whole has lost both strength and momentum in comparison to other regions around the world this year”. Europe has an impressive number of 386 cities in the world’s top 1000. However only 6 European cities rank in the top 30, showing that Europe still struggles to produce the world’s best startup ecosystems.

A similar trend is visible also in Asia. This year, China and Singapore entered the top 10 list, and the number of Asian Pacific cities in the top 1000 list countries increased from 118 in 2020 to 161 in 2021. Yet, the region’s representation in the top 100 list decreased from 21 in 2020 to 20 in 2021. Especially when Chinese cities are concerned, the local market may be enough to earn these cities a place in the ranking, but might not suffice to become a top-level global player.

Overall, Latin American startup ecosystems did not perform very well last year. But the Middle East & Africa region definitely had a good year, increasing from 55 cities in 2020’s top 1000 list to 74 cities in 2021.

San Francisco has been and remains the top startup ecosystem worldwide, yet its relative strength in decreasing. Currently, San Francisco’s score is almost 3 times the score of the next contender, New York. One and two years ago, San Francisco was still 4 times and 5 times better than New York, respectively. New York (ranked 2nd) and Los Angeles (ranked 4) further strengthen the US overrepresentation in the global top 5 list of the best performing startup ecosystems.

It’s interesting to pay attention to London, as this year’s report includes the first post-Brexit ranking. In all previous years, London was the ranked 3rd best startup ecosystem worldwide. In 2021, London dropped to position 5, at the expense of Beijing (now 3rd) and by Los Angeles (now 4th). The future will tell whether this historic decline of London in the ranking will be the beginning of a trend.

Tel Aviv ranks 8th best startup ecosystem, and the leading startup ecosystem in the Middle East and Africa region. Next, Moscow (9th), Bangalore (10th) and Paris (11th) all have very similar scores, such that small changes in performance are likely to result in further ranking changes next year. Following Brexit and Berlin’s decline in ranking this year, Paris is now the the EU’s top startup ecosystem.

What Is The Best City For Startups Per Industry?

Interested in other industries? You’ll find the details in the report!

The insights listed above are merely examples from StartupBlink’s Global Startup Ecosystem ranking 2021. The report is a massive piece of work, and it includes many more interesting insights. So if you want to know which is the best startup ecosystem in any of the top 100 countries, or the best place for startups on islands, or any other similar insight, you’ll find it all in the report! Similarly, if you’re want to learn about the characteristics of the startup scene in each of the 100 top ranked countries, head to the country overview section in the report. The beauty in such a rich report is that every reader can find some insights that will intrigue her, him or them!

Why Artificial Intelligence Is The Future Of Executive Search 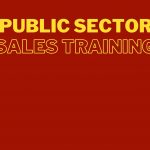 How to benefit from Government framework contracts?