Home » Why Is Artificial Intelligence A Hot Topic? And So What?

Driven by my participation in an IoT conference last week, I re-read Gartner’s article laying out Gartner Top 10 Strategic Technology Trends for 2018. I focused on thinking about the future of Artificial Intelligence.

AI is not new. Already in 1964-1966 Artificial Intelligence was studied, and a computer program was created successfully that interacted with humans. It was called ELIZA. The movie 2001: A Space Odyssey from 1968 (!) predicted so accurately how we’d use video conferencing to communicate, and how we’d develop computer systems to manage complex processes and to assist humans. It also predicted the human fear of the intelligent system outsmarting the human. IBM has repeatedly brought AI (but also computing power) to new heights. First with the introduction of Deep Blue, an IBM computer who beat the world chess champion in 1997. Secondly, in 2011, Watson, IBM’s cognitive computing system, defeated its human rivals in the Jeopardy! Challenge. Watson turned the tough challenge of unstructured text processing to an “off the shelf” product.

Thus AI is not new, but our capabilities are improving continuously. What does that imply?

Does the example of a pilotless passenger airplane sound scary? Technology advances faster than we humans change. Whether you feel confident boarding a pilotless airplane is not merely a matter of technology. Instead, it’s a psychological barrier.

Similarly, the example of an automated judge replacing a human judge is likely to cause some uncomfortable feelings. After all, we expect judges to make judgments that go beyond the concrete rules which legislation defines. We expect judges to consider morals, values, and whether the legislator intended that a specific law applies in a specific case. But could an IT system do all of this?

These examples show that we are getting closer to the point where philosophical considerations will dictate the further evolution of technology. Do we want to achieve certain intelligent systems, and will we trust them? Is it right, or is it wrong? What is right, and what is wrong, and who defines that?

The Proliferation Of Digital

Digital has become the standard. Nowadays companies move away from selling products to selling subscriptions. Data is no longer stored locally but “on the cloud”, available anytime and anywhere (as long as there is no power grid failure, or network connectivity problem). People interact with the digital world in every step of our lives. Consequently, people use intelligent systems more often by people. Humans even expect the systems that they interact with to be intelligent. AI is no longer limited to university labs or to organizations with large R&D budgets. Artificial Intelligence is everywhere, at the fingertips of every user.

AI In A Connected World

Today’s world is increasingly characterized by connectivity. For example, people connect to others on social media. People interact and are available on a continuous basis through their mobile phones, smart watches and other devices. Another type of connectivity is sensors that collect information, share it with other sensors or IT systems to drive actions when certain events occur. Context specific decisions determine that a same event may trigger a different action depending on the involved person, the business context, the time of the day etc. And as the number of sensors, of mobile devices and of interconnected systems increases, so does the proliferation of AI. If we are connected, intelligent software is present in every step that we take. 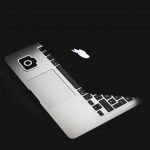 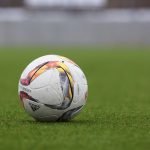